A trip around Krasna Lipa

City Krasna Lipa been the first republic important industrial center. Let's take a look at the beginning of the journey, Here's what was then.

In Krasna Lipa was a workshop on producing motorcycles Čechie (German Böhmerland). It was founded in 1925 v mechanik Albin Hugo Leibisch. The workshop was located at the bottom of the garden villas Hielle (today seat National Park Administration, from the square towards the Decin). But we we go from Křinického square along the red greatly towards the beautiful beech. Just behind square, under the Cross hill, became a large villa called Hirsch (present), belonging to a local family Dittrich significant Tovarnícka. Now, after it remained a cellar.

Far better hit Palmeho Vila (500 meters from the square). This villa is probably the greatest functionalist villa in Czech Republic. He had it built textile factory owner Franz Josef Palme from the architect Hans Richter.

Another architectural gem, dubbed “Greenhouse” the factory stockings Stefan Schindler. In the 30s of the 20th century it became part of the empire of the company Kunert (dnes Elite, Varndorf). Proposal arch. Hans Richter. Similarity of the Trade Fair Palace may not be purely coincidental. 🙂

And now we are in the territory Krasny Buk, now part of Krasna Lipa, where he was also a very developed industry. In 1877 was founded hosiery Gustav Jäger. you know “long johns”, so they were made right here. Today, the factory remained chimney of the factory and yellow villa.

We continue along the red and in a moment of encounter hills Krasny Buk ruins (was created around the 13th century) During the climb weaves between traditional architecture called. half-timbered houses and soon (1 km) we reach settlement snow. In the local church of the Virgin Mary of the Snow was filmed the Oscar-winning film The Reader with Kate Winslet yummy. On the Snows it is also private, but freely accessible Arboretum pana Fritcheho (follow the signs). Of Snows we go through a long pit in village Vlčí Hora, which is based producer of natural cosmetics Nobilis Tilia the fragrant herb garden and café.

After Köglerově nature trail continues to the hill on Wolf Mountain lookout (581 m.n.m., traffic on weekends and in season). Definitely worth a look at the panorama from the top of the Lusatian Mountains, Elbe Sandstone Mountains and the Czech Switzerland National Park.

Of Wolf Mountains we continue along the nature trail Köglerově direction Gardens, where we see unique geological map of the landscape. In Zahradách we wait for the bus in Krasna Lipa, or you can walk across the field Křivančí (over yellow) and the cycle path 211. back to Krasna Lipa. The road will take about 1 an hour. 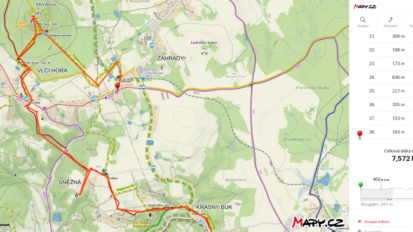 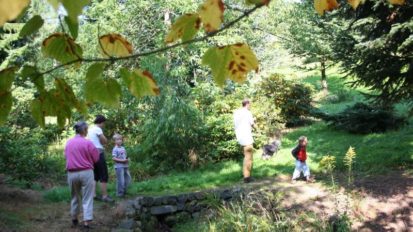 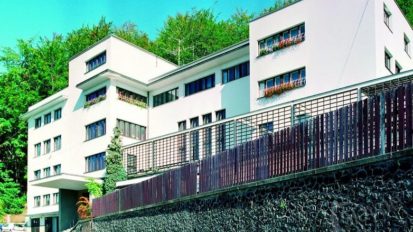 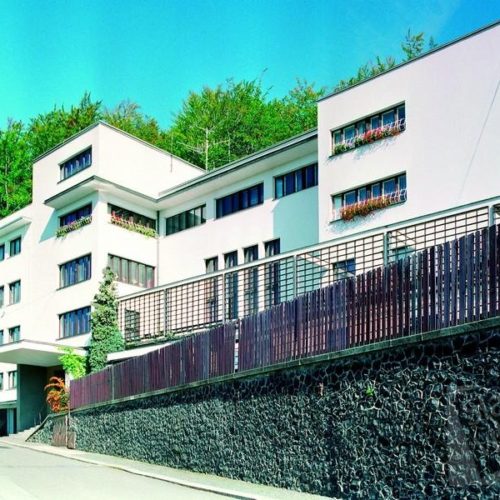